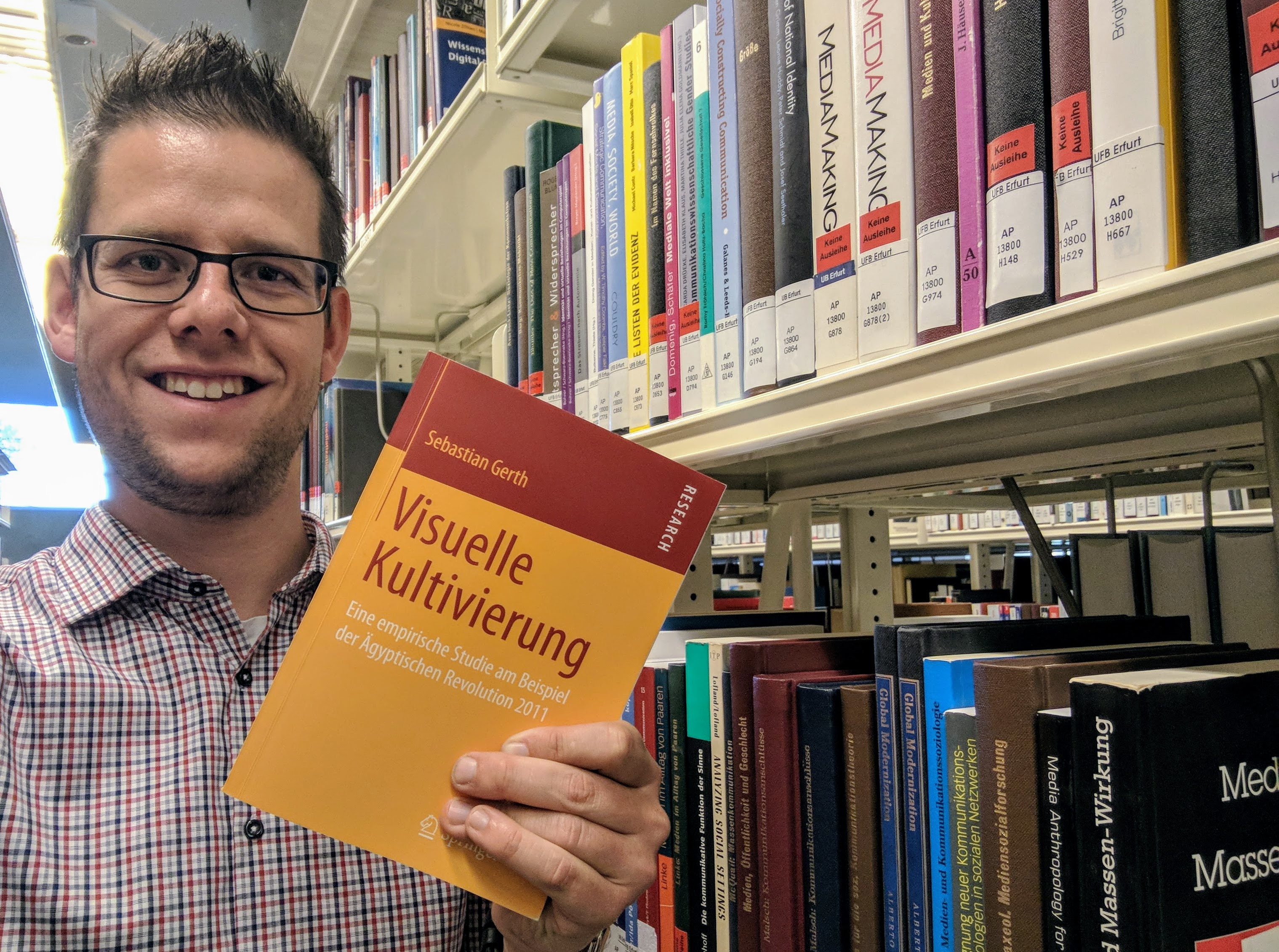 The dissertation "Images in our Minds and Pictures in our Media. An Empirical Study of Visual Cultivation using the Example of the Egyptian Revolution 2011" has been published under the title "Visual Cultivation. An Empirical Study on the Example of the Egyptian Revolution 2011"; the book will be published by SpringerVS, but can also be bought e.g. at Amazon . A first impression is available at Google Books.

Sebastian Gerth develops the approach of Visual Cultivation, which sharpens the pictorial component of classical cultivation and combines it with the concept of Mental Imagery. The influence of online photo journalism on image memory and the assessment of social reality has been analysed. The study results mainly from the growing importance of online news portals, the increasing media visualization, the superiority of the cognitive processing of images compared to verbal messages and from desiderata of the empirical analysis of systematics of press photographic statements as well as their reception and effect.